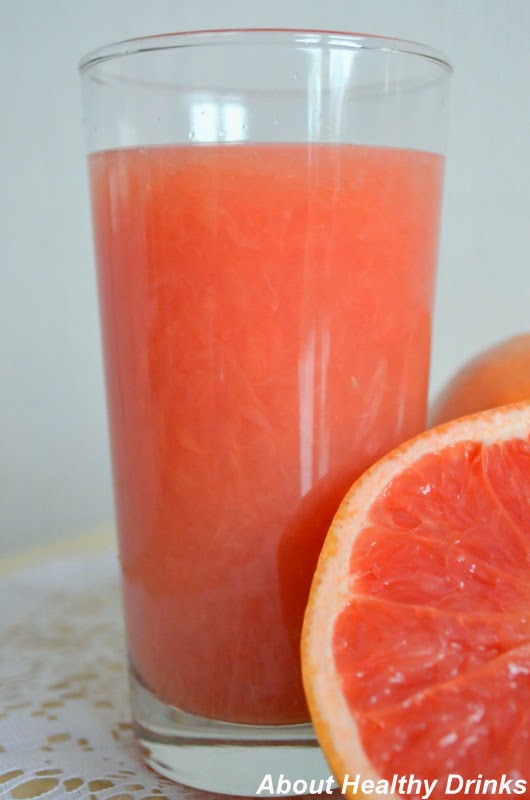 As you may already know, grapefruits are good to our health with high vitamin C content, fiber and potassium. This citrus fruit also has a lot of minerals and components which can protect our cells from damage and reduce the cholesterol. But is that all the information you need to know about grapefruit? As what I knew and read about grapefruit, there are many concerns and cautions and side effects when using grapefruit.

In the below figures are some key essential nutrition in grapefruit. Figures are based on a 1/2 serving of grapefruit as well as how much percent does it account for daily values (DV).

What I can do with grapefruit?

What are benefits of grapefruit?

1. Rich sources of Vitamin and mineral:

Red and pink grapefruit contain rich sources of lyconpene. Lycopene has been considered as a potential agent to prevent some types of cancers, particularly prostate cancer. However, this area of research is still insufficient of evidence.

What are side effects of grapefruit?

Grapefruit has Generally Recognized as Safe (GRAS) status in the United States. There are rarely cases of adverse effects from grapefruit juice when using it without medicines.
But if you eat too much grapefruit you might have tooth surface loss, development of kidney stones. Grapefruit overdose might increase the potassium clearance, lowered elevated hematocrits and Liddle’s syndrome.

Normally grapefruit is safe when you use it as food with who are not on current drug therapy. But, in these special cases, people should be serious caution or stop using grapefruit.

Grapefruit is not recommended for pregnant or breastfeeding women due to a lack of scientific evidences.

More than 20 years ago, doctors discovered that grapefruit makes some medicines dangerously strong. According to Dr. David Bailey, a researcher at the Lawson Health Research Institute in London said there are 85 medicines can interact with grapefruit and causes serious side effects. Dr. David Bailey also said, ‘One tablet with a glass of grapefruit juice can be like taking five or ten tablets with a glass of water’.

The effects of mixing medicine and grapefruit can be dramatic and some can be deadly. This side-effect can happen even if patients consume grapefruit hours before taking medicine. People who eat lots of the fruit over a long period of time appear to be at even higher risk. Here are some main groups of medicines can interact with grapefruit:

You can read more detail about medicines which interacts with grapefruit in Webmd and CBC news.